We’ve all been there.

After countless hours of audience research and crafting the perfect ad design, we’re all set to click ‘publish’ and collect the loot from our finely tuned campaigns… only to find out, a couple of hours later, that our initial results aren’t as we expected them to be.

Next day, we check in on the campaign again.

Just an empty, barren field of poor results. Plus, the decent CTR we were seeing now resembles our favorite childhood rollercoaster. Only going downhill.

What went wrong? Could I have messed up my audience research? Was it my ad copy? Or was it something else?

The answers aren’t always clear – in fact, they almost always aren’t – as there are too many factors to take into consideration at the same time.

However, with time, I’ve found out there are some basic mistakes we can avoid which have, sadly, cost me heavily.

Hopefully, these can prevent you from making the same mistakes I did.

1. Your Audience is Too Narrow

I’ve lost track of how many blog posts I’ve read mentioning how Facebook can ‘narrow in on a very niche audience’, and how we should be very specific on our targeting.

While this is obviously something you can – and should – use to your benefit, it is very common to see people take it too literally – especially beginners.

On multiple occasions, I’ve audited accounts where audiences under 10,000 people were being targeted with budgets over 200€/day – and these campaigns had been running for months.

Why is this a problem?

The answer, in one word: frequency.

In short, frequency tells us how many times, on average, each user has seen our ad (impression) over a selected period. It is measured by dividing the number of impressions by the number of users reached.

This metric – which is available for you to consult in the reports – is, perhaps, the biggest cause for unnecessary overspending in most Facebook Ads accounts.

According to a study conducted by AdEspresso, there is a very clear correlation between increasing ad frequency, higher CPC, and lower CTR.

But how can frequency increase my costs?

For once, people who have seen your ad multiple times are less likely to click on it. This is especially true if they already have. Consequently, your CTR drops, and one out of two possible scenarios happens:

Secondly, ads with higher frequency are commonly associated to lower relevance scores. If you’re familiar with how relevance scores can affect your overall costs, then you know how important it is to keep these as high as possible.

Long story short: keep an eye out for frequency. It can completely kill your results!

The fastest and easiest way to waste money with Facebook Ads is to pick the wrong campaign objective. Sadly, it is something we see far too often too.

Campaign objectives are important because they leverage Facebook’s AI to deliver ads to the right people, at the right time.

Think of your selected target audience as a giant pool of people. Not all of them are alike – some of them engage with anything and everything they see; some of them frequently buy products they see on Facebook Ads, and so on.

When you optimize towards a specific goal, Facebook focuses on these specific subsets of people by prioritizing impression delivery to them – thus, resulting in lower costs for you.

So if your goal is to drive sales, you’ll run either a conversion campaign with a purchase event or a catalog sales campaign.

If your goal is to drive leads, use either a conversion campaign with a lead event or a lead generation campaign.

Do not use any other campaign type other than the ones aligned with your primary goal.

3. Not Taking Into Consideration Which Stage Users Are In

By now, you should be familiar with the notions of cold and warm audiences.

In other words, cold traffic is constituted primarily by top of the funnel users, and the further down the funnel, the ‘warmer’ it gets.

Ok, I get it. But how does this help me get better results?

When you take the user stage into consideration, it allows you to better plan your campaigns, improve your marketing funnels, and adapt your message to each user depending on how far down the funnel they are.

Closing on the previous point, this will allow you to choose the correct campaign objectives, and better allocate your budget according to your goals:

Keep your audiences warm and fuzzy, your wallet will appreciate it!

This one is basic but, sadly, very common.

Are you looking to acquire new customers?

Make sure you upload a list of all your customers and exclude them from your acquisition campaigns.

For the past month, I’ve been stalked by a Facebook Ad from an online sports betting company prompting me to register and enjoying a nice welcome bonus.

The thing is… I already have!

True, I could’ve blocked the ad and kept my Facebook feed clean – but I wanted to see for how long they would keep this up.

Wouldn’t the money being invested be better served somewhere else?

I used to be one of those ‘I only publish ads on the Facebook & Instagram Feed’ type of guy.

I know there are more of you out there.

However, with Facebook pushing for automation heavily, our approach changed.

The only exception we often make is for Facebook & Instagram stories – we’ll isolate those into their own ad sets so we can shift more budget into them.

If you haven’t read about Facebook’s Power 5, we recommend you do so.

What’s the thought process behind your A/B tests?

When I first started, I would write out 3 or 4 different versions of an ad, hit ‘Publish’, and wait for the results. I wouldn’t really put in much thought behind it, other than that I had to create ads that essentially looked different.

After the ads had enough data on them, I’d glance over the metrics and figure out which ones were performing the best, pause the under-performing ones, and repeat the process.

The problem with what I was doing was that I would never be able to figure out what, exactly, was causing these ads to outperform the remaining ones – which meant that, in the long run, I wasn’t really learning anything from them.

Was it that the text copy was better suited to users in a specific funnel stage? Was it the headline that addressed a specific concern my target audience felt was more important? Or perhaps a specific word in the headline was driving away people who were unlikely to convert, thus increasing my conversion rates?

It wasn’t until later when I started managing Google Ads campaigns that I realized the importance of being time-effective with my tests – which is especially important if you’re working agency-side, where you often charge by the hour.

If I could pinpoint the exact reason some ads were outperforming others, in future occasions, I could save a lot of time and better allocate it to other tasks.

Don’t switch around different elements in your ads only for the sake of creating different ads. Have a logical approach to them!

For example, if you’re testing your ad copy, try breaking them up between short-form copy, bulleted lists, or longer texts.

Or, if you’re offering a discount on your products, try testing them with either a percentage discount or an absolute number discount.

The findings you take from these results will be something you can apply in your future tests, saving you a lot of time.

In short – test with purpose.

While we’re still on topic, there’s another common mistake people usually make when testing out different ads: jumping to conclusions too quickly.

For a while, I was curious about drop shipping, and joined several Facebook groups related to this topic to learn more about it.

One of the first things I saw – and keep seeing every single day – is something like the image below, along with the question: “Should I kill these ads?”

According to the image, there have been less than 30 clicks in both ad sets – how likely is it that the data is significant at all for us to make a decision based on these numbers alone?

While there is no ‘right’ minimum number of results needed to make conclusions, there are several factors you can take into consideration when making this judgment:

In short, give your ad variations some room to deliver enough results so you can support your decisions with data.

There isn’t a sure-fire way to run Facebook Ads at a profitable rate – and mistakes are bound to happen.

The fun of it is that as of the time I’m writing this post, Facebook Ads are so cheap and so easily accessible to anyone who wants to advertise their products that making these mistakes will help improve our results in the long run – so long as you’re keeping tabs on what you’re doing right and doing… less right.

However, by avoiding some basic mistakes, we can save a few precious bucks we could be investing on our businesses elsewhere.

Hopefully, these tips have helped you save a few bucks in the short run!

What are other common mistakes you’ve seen, or done?

Let me know in the comment box below and let’s talk!

Read More
There’s no question that video ads have taken the lead on Facebook advertising for the past few years,…
FFacebook Ads

Read More
With billions of users on its platform, Facebook lets businesses reach out to customers from all over the… 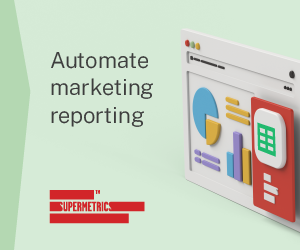 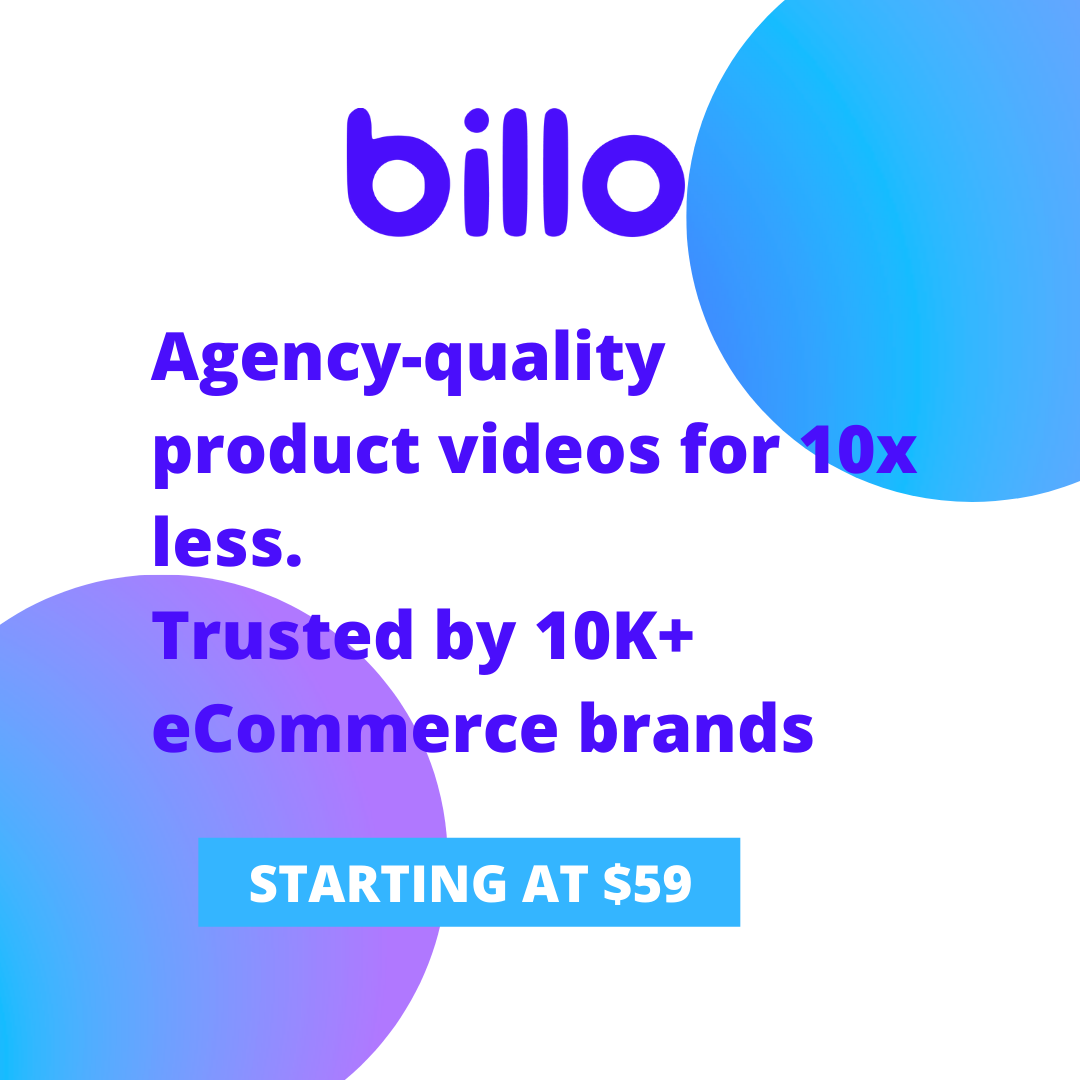